Microsoft says it can cause a minute's delay if a user attempts to shut down when the UCSI software is working when a device is being connected or disconnected through the USB Type-C port.

This can happen when devices, docks or chargers are being plugged in or unplugged during the power transition, according to Microsoft.

Microsoft has added a new notification which some users whose devices aren't ready or able to install the update are seeing when they attempt to proactively grab the 1903 release. As originally noted last week by Windows Latest, Microsoft has added a new message to its Windows Update page. Users attempting to install 1903 on machines with out-of-date drivers or other issues are seeing this message:

"The Windows 10 May 2019 Update is on its way. We're offering this update to compatible devices, but your device isn't ready for it. Once your device is ready, you'll see the update available on this page. There's nothing you need to do at this time."

I am still waiting to install the 1903 Upgrade on laptop... 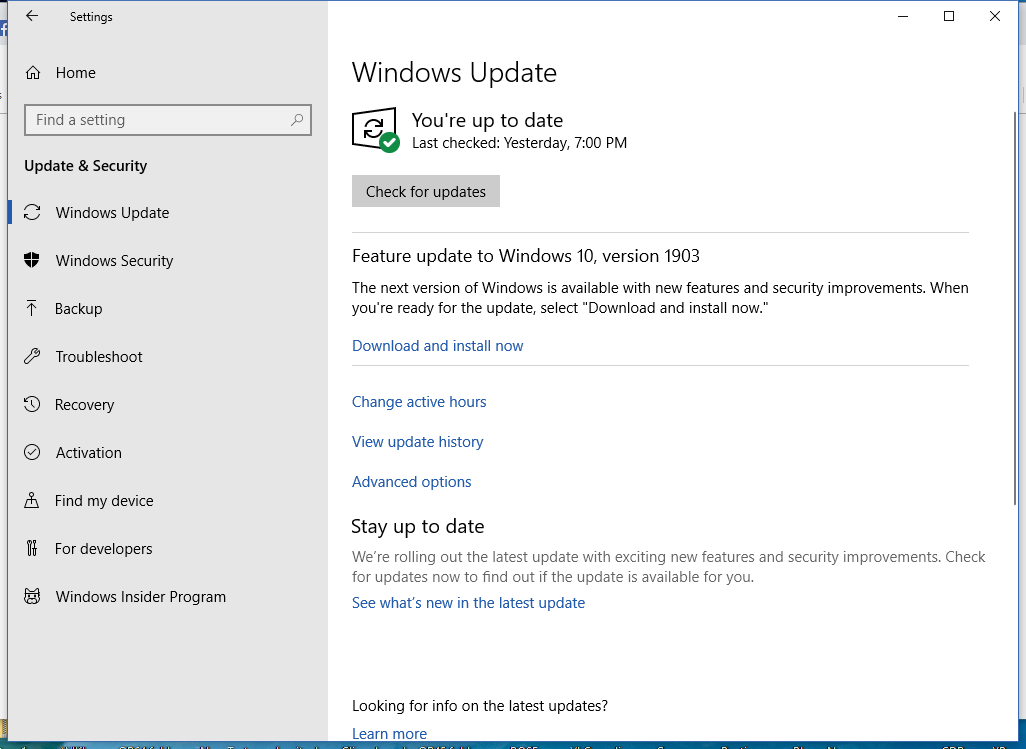 The good news is that Microsoft is changing the update process for the release to make it faster and less disruptive. The company says it will use servicing technology to deliver the new update, meaning the process should be more similar to a regular monthly update rather than a big bi-annual feature update. The new update process will only be available to users who are running Windows 10’s current May 2019 update.

In an updated support document, Microsoft stated that Remote Access Connection Manager service could stop working and return error 0xc0000005 on Windows 10 version 1903. The Redmond Giant also revealed that the problem occurs when users or administrators set up a VPN profile as an Always On VPN connection with or without device tunnel.

You can also fix RASMAN error 0xc0000005 with Windows Registry:

Launch Windows Registry.
Browse to the following location:
HKEY_LOCAL_MACHINE\SOFTWARE\Policies\Microsoft\Windows\DataCollection
Look for entry ‘AllowTelemetry’.
Double-click it and enter value 1, 2, or 3 (Basic, Enhanced, Full respectively).
In case the AllowTelemetry does not exist, you can create it manually. To create the entry, right-click the right-pane blank area and create DWORD (32-bit) named ‘AllowTelemetry’.

After applying the changes to Registry, you may need to restart RASMAN from Windows Services settings.

Microsoft is urging users of Windows 10 version 1903 to install this month's SSU or 'servicing stack update' to address a bug in a Secure Boot feature that could force the Windows BitLocker encryption system into recovery mode.

As of today, Microsoft is starting to initiate the Windows 10 May 2019 Update (1903) for those with devices "that are at or nearing end of service and have not yet updated their device," Microsoft's documentation says. Microsoft officials said back in May that the company planned to do this starting in June, 2019.

"Based on the large number of devices running the April 2018 Update, that will reach the end of 18 months of service on November 12, 2019, we are starting the update process now for Home and Pro editions to help ensure adequate time for a smooth update process."

After the latest updates, if you initiate a scan in any supported version of Windows 10 with the Windows System File Checker (sfc /scannow cmd command), the process would fail with the following error:

Microsoft says the bug affects almost all versions of Windows 10, including the May 2019 Update and Windows 10 version 1607. 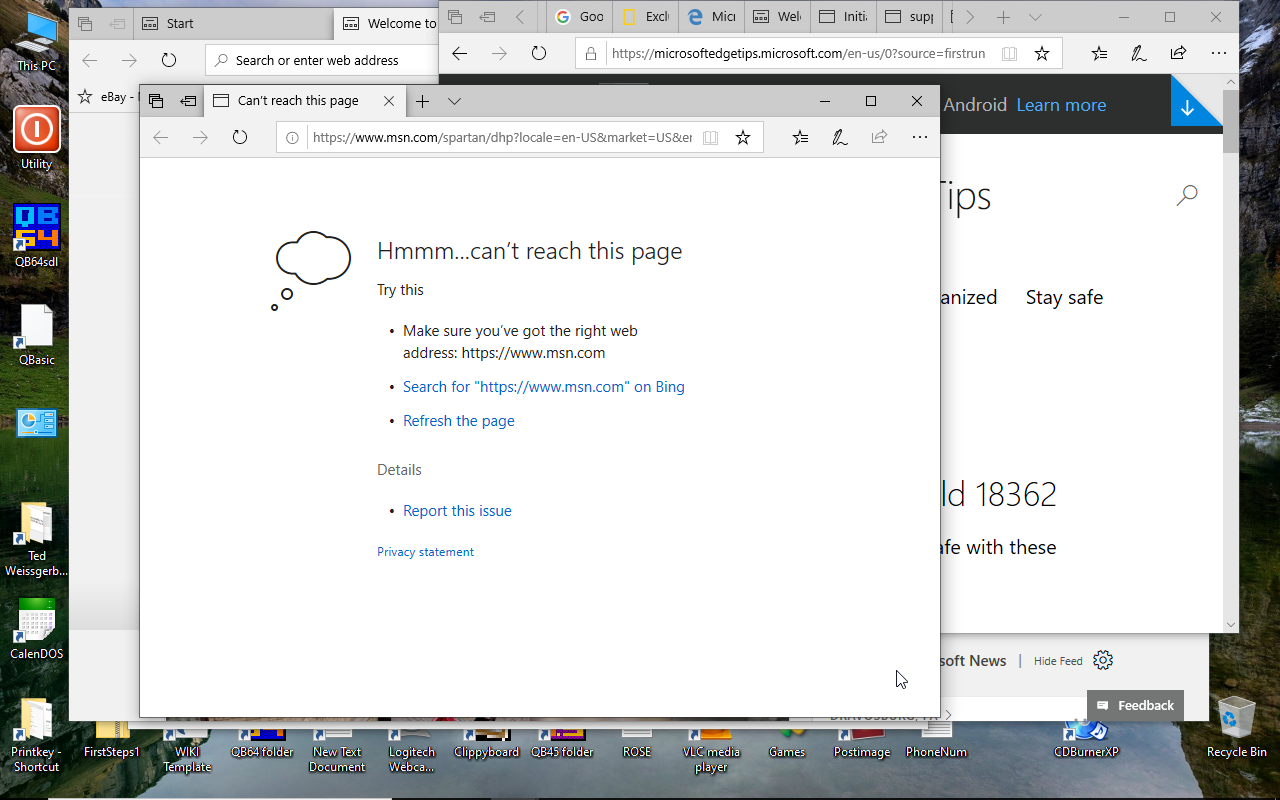 One Edge page had tips for using Edge and 2 others needed refreshed because Internet had not been connected yet... 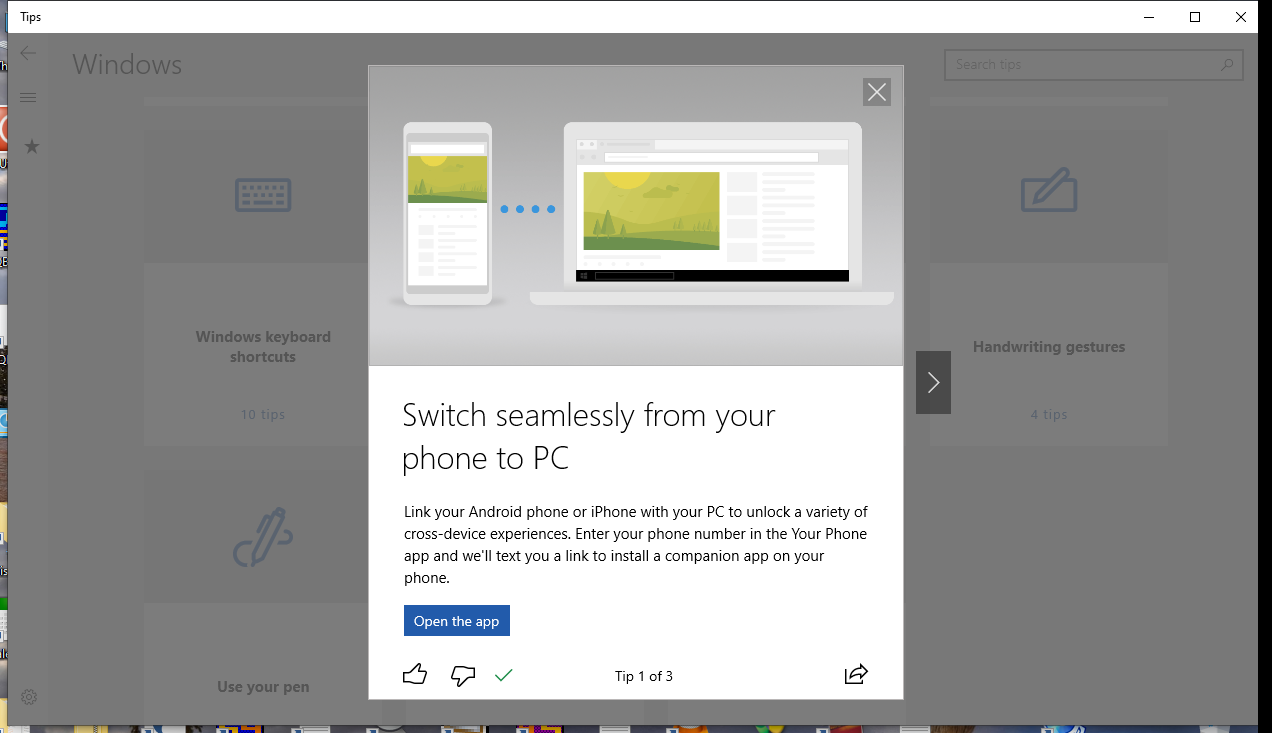 Start button seems faster and Updates are down to this upgrade... 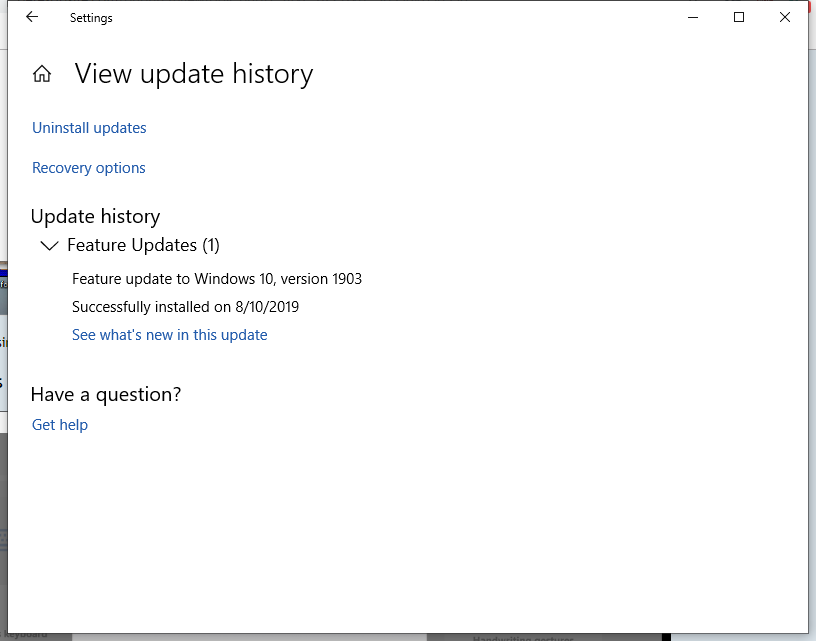 by burger2227
Another pair of 1903 updates followed later the same day: 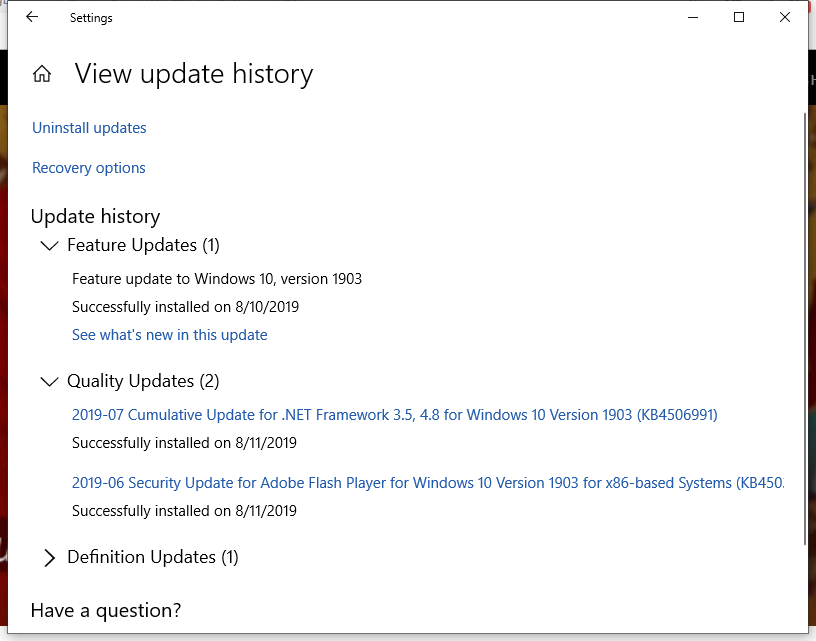 I'm glad that I was not stuck with 1803 version which would doom the laptop... 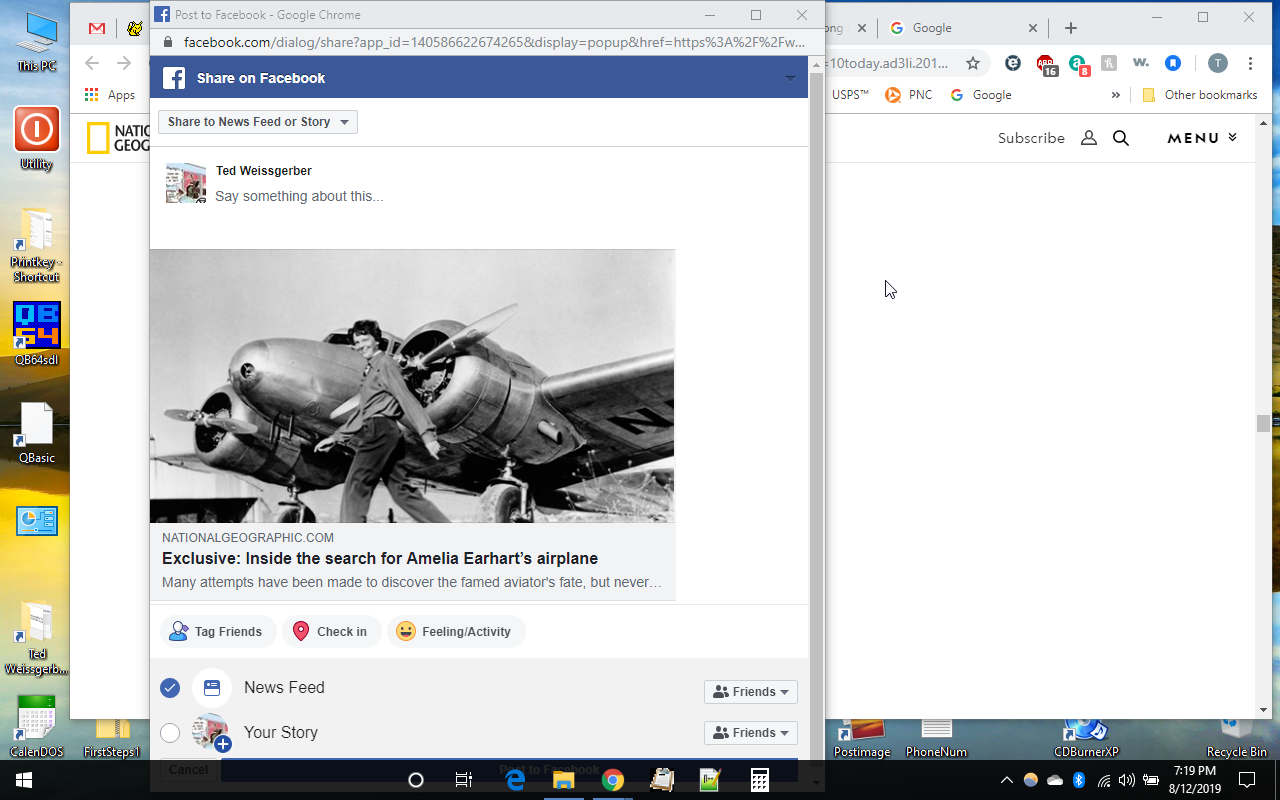 Note huge space on taskbar left where Search box was before. Cortana is circle.

Except for moving the taskbar to the sides where the Search magnifying glass shows up: 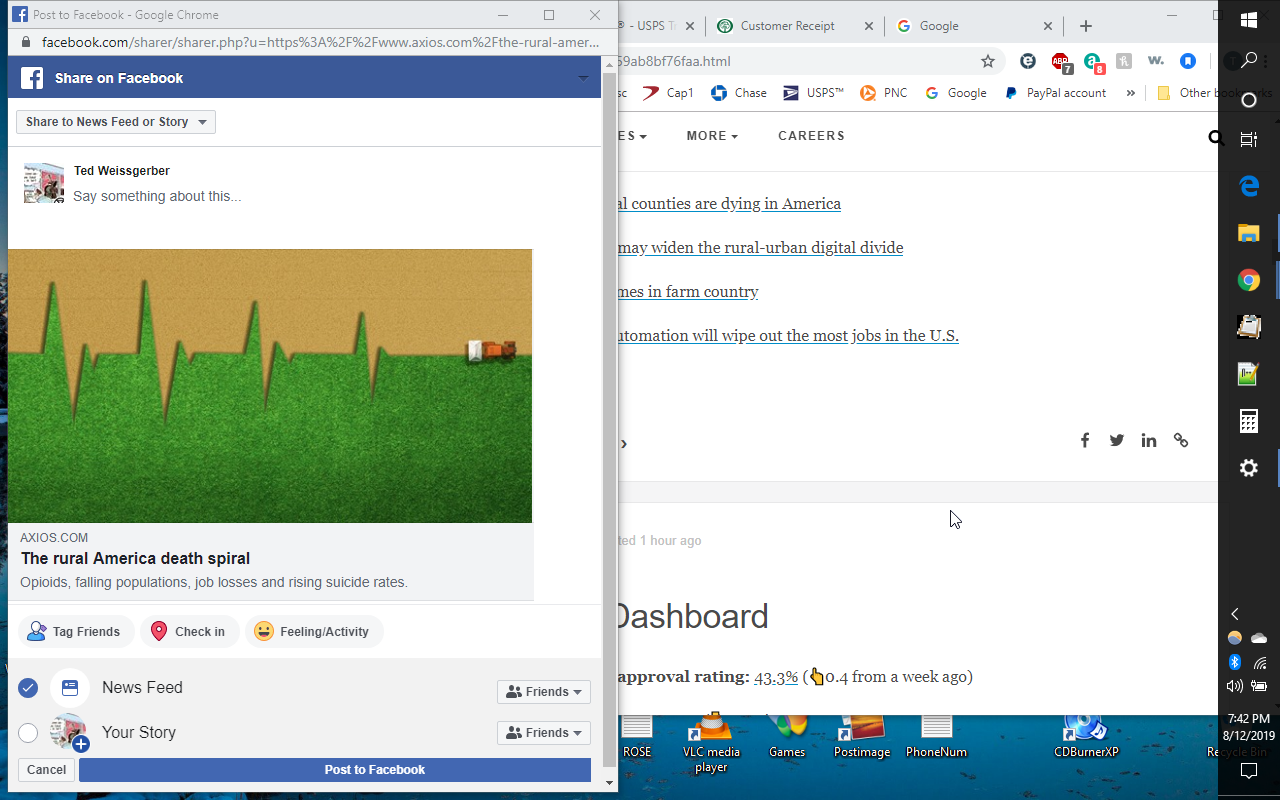 Right click taskbar for Taskbar settings and scroll down for position... fun 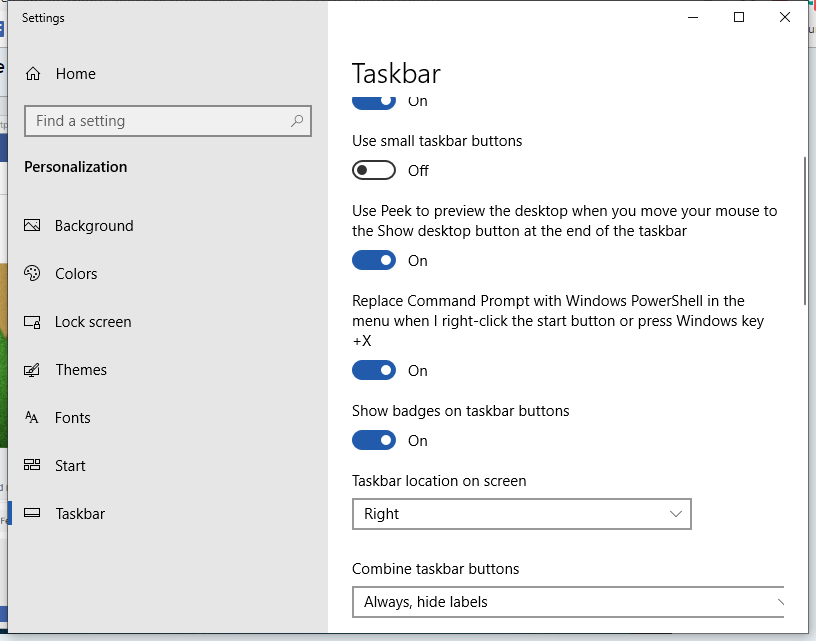 Note that this settings page cannot go back to other Settings...it must be closed.

by burger2227
Windows 10 Security Alert: Vulnerabilities Found in Over 40 Drivers


All modern versions of Windows are impacted by this problem and no mechanism exists at a wider scale to prevent the vulnerable drivers from loading.

An attack scenario is not limited to systems that already have a vulnerable driver installed. Threat actors can add them specifically for privilege escalation and persistence purposes.

Solutions to mitigate this threat include regular scanning for outdated system and component firmware, and applying the latest driver fixes from device manufactures in order to resolve any vulnerabilities.

Below is a partial list of affected vendors as some of the others are still under embargo. 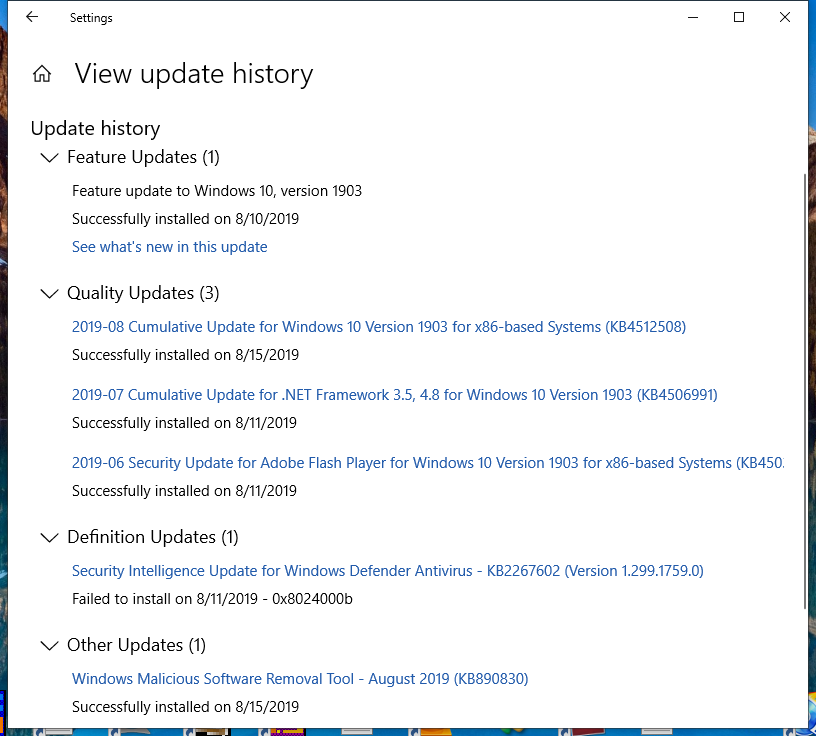 Chrome has not opened after a reboot yet. Failed to wake up once on 8/14 also...

by burger2227
Look out for new Picture folders! EMPTY Public Pictures was listed as default
with One Drive folder following and my most recent picture folder THIRD! 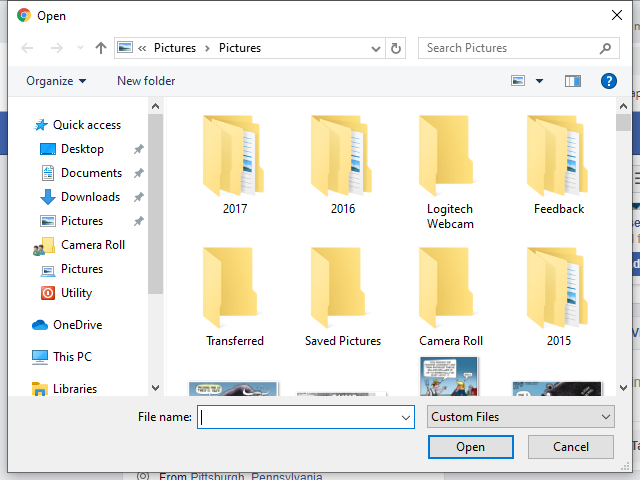 List by Date was changed to Name and Ascending instead of descending.

Below is wake up screen that seems to last forever... 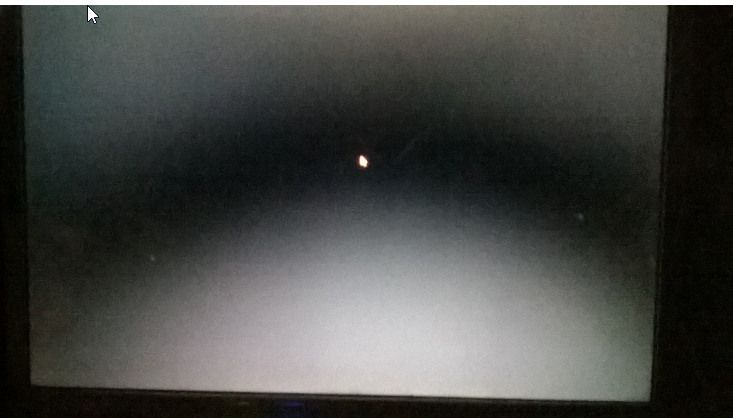 Then a strange Chrome window for another 10 minutes... 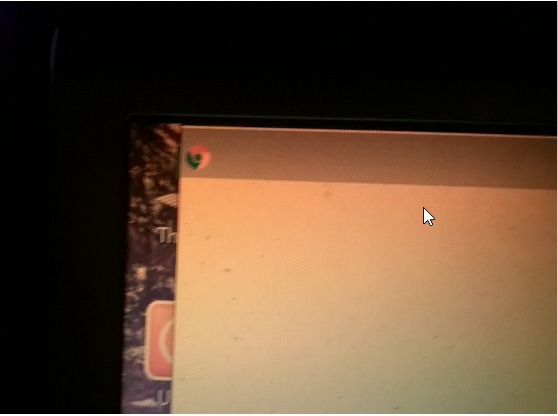 After about 20 clicks and 2 resource errors, the Calculator came up like this: 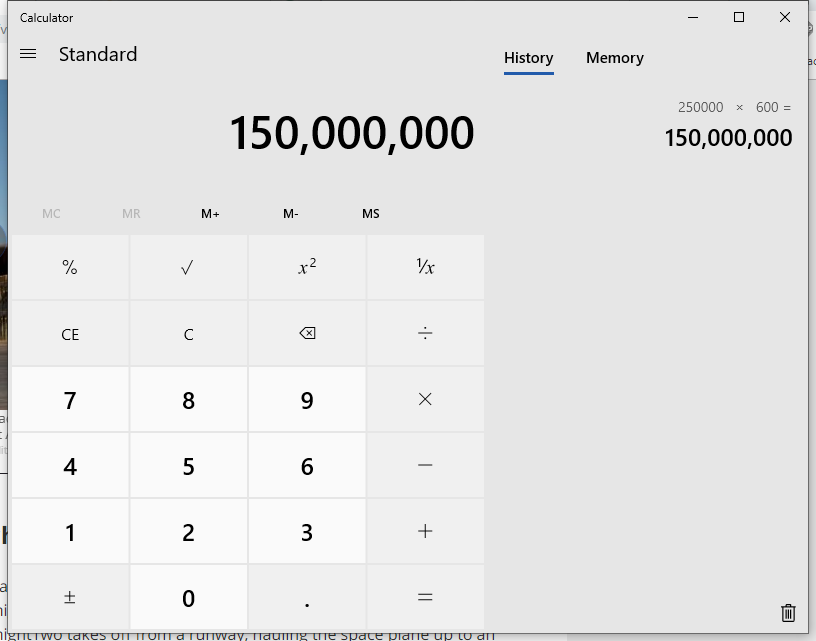 Total time to open was over 5 minutes...

by burger2227
Wake up today took over 20 minutes until I could not wait any longer!

Want to toss the laptop across the room JUST WATCHING ALL THOSE BUSY CIRCLE JERKS...

And a strange looking Chrome window with little email info: 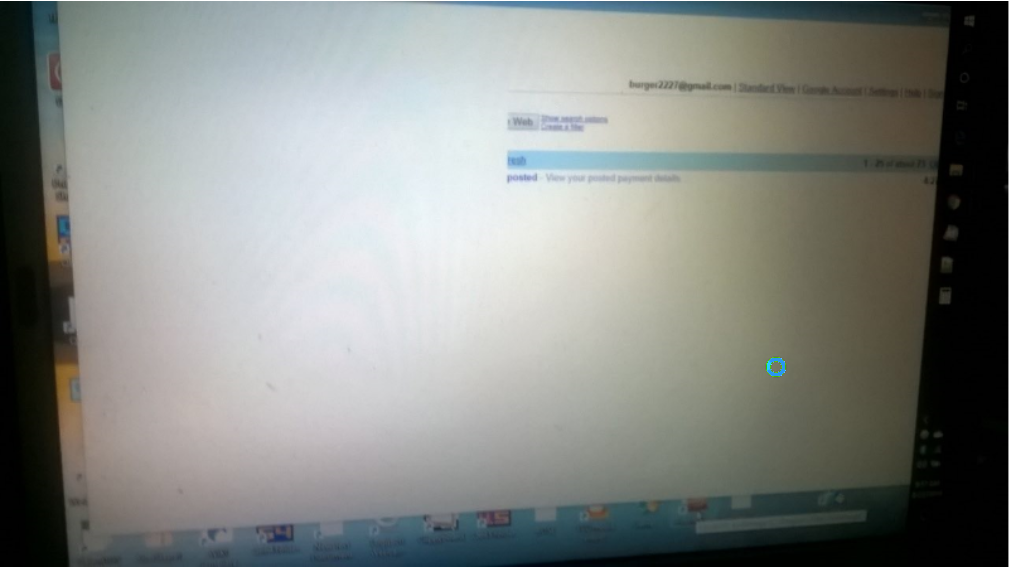 The new Windows Insider fast ring build, 18965 from the 20H1 branch, comes a week after Microsoft hived off Notepad and put it in the Microsoft Store so the app can be fixed outside the regular Windows 10 release cycle. Before that it added support for the standalone Cortana app and added an 'always on top' mode to the Calculator app.

This latest update addresses users' request for direct control over when Windows automatically restarts apps that were open when a PC is restarted.

7:50 Finally able to post this message more than 15 minutes later.

Will probably have to close Chrome to get better response times...may not Restore tabs

by burger2227
Wake up day 3 same as yesterday except for orange pointer...

Clicked Chrome icon in taskbar 3 times and waited for anything to happen...

Finally just one instance of Chrome came up and Restore became available.

Clicked Restore and absolutely NOTHING happened...just one Google search page 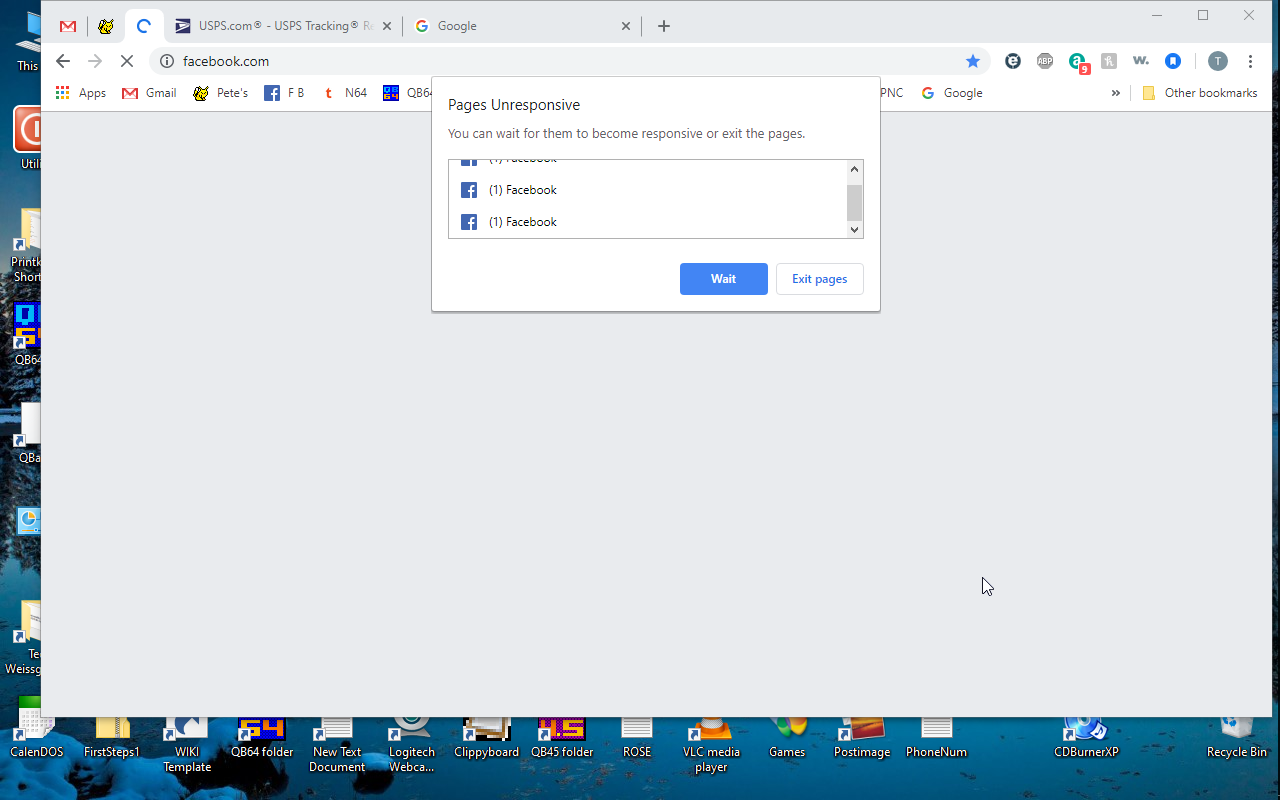 Note that there appear to be 3 different pages...

Checking for update later in day after Chrome failed to Restore tabs AGAIN: 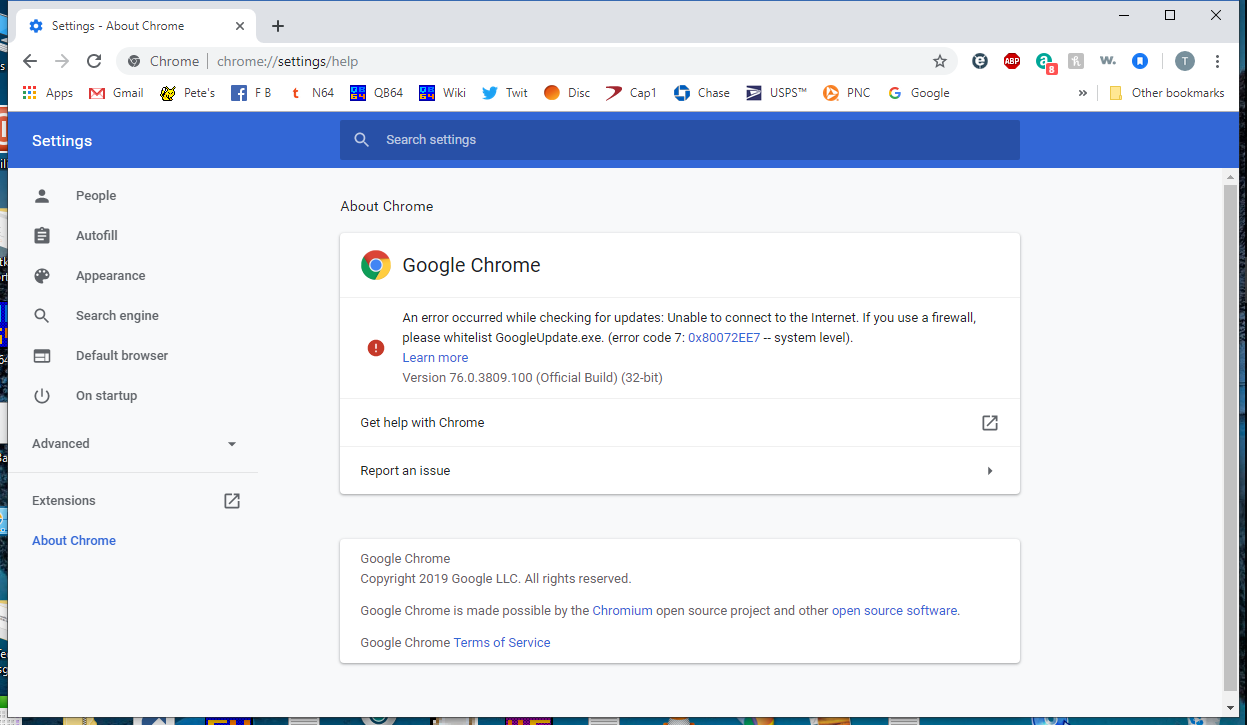 After THIRD refresh of Setting page, Chrome updated, but Relaunch FAILED
After three clicks in Taskbar, Chrome came up with an update shield in taskbar, no alert sound
Clicked shield to update and screen alert click Yes then Settings tab came up with this:

Microsoft warns the users of Windows 10, version 1703 Enterprise and Education editions to take action since this Windows 10 version will reach end of life on October 9, 2019.

This alert was published as part of an announcement published on the Windows 10 message center which also urges Windows 10 Creators Update users — as version 1703 is also known — to update their devices to the latest version of Windows as soon as possible.

by burger2227
9AM wake up: Taskbar frozen on right side, Start button and Settings
refuse to work past a half hour wait. Screen image program does not respond.

Taskbar is now displayed on right without Auto-hide...

The next day my Game folder in Explorer refused to open from the taskbar or Desktop icon.
The Game folder also does not display the game icons, just the folder icon when previewed on
taskbar...also refuses to close in the taskbar preview area. Newer Explorer folders work ok.

by burger2227
Today my laptop lost internet and after closing Chrome browser it came back on...

Eight clicks on Chrome icon in taskbar finally brought up one page restored automatically
in five minutes or so...

Tell me again that M$ is not messing with Chrome!

Taskbar is stuck out again on right side so I cannot get to Chrome settings.

Settings button in Start menu takes SIX times before anything comes up dots below: 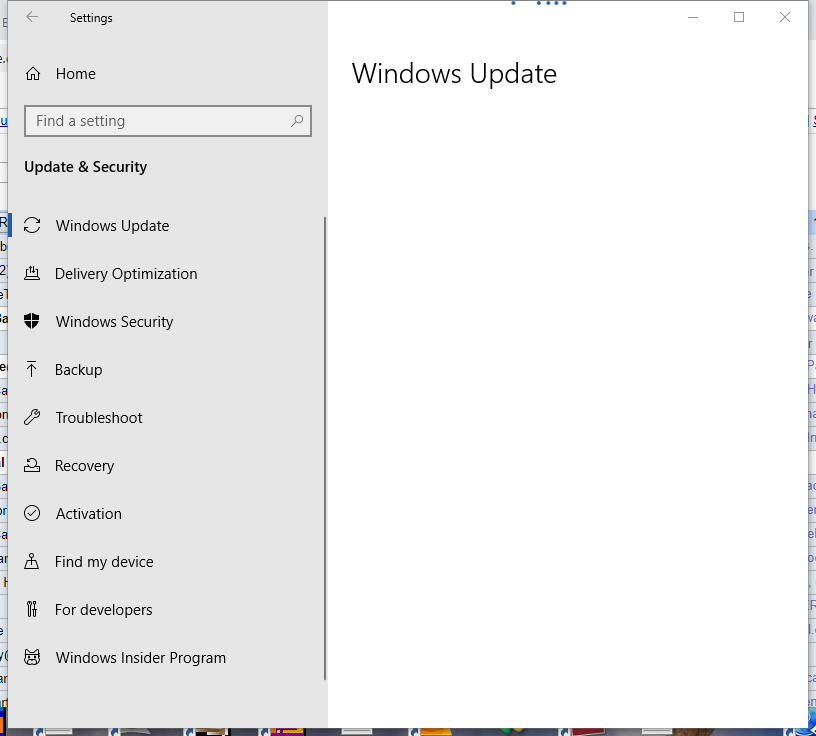 Only update offered is the one that may crash everything...like I need that 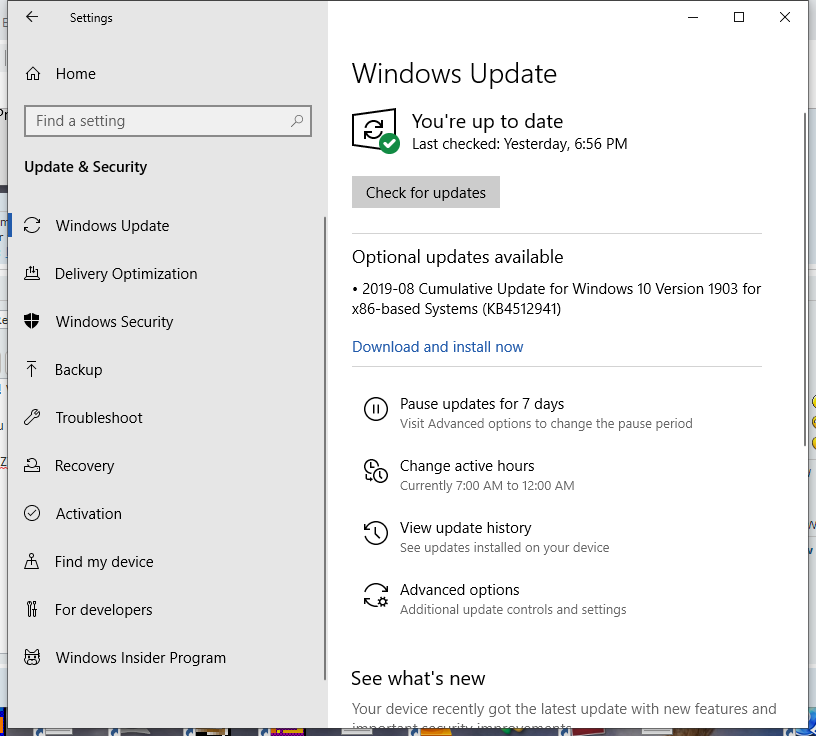 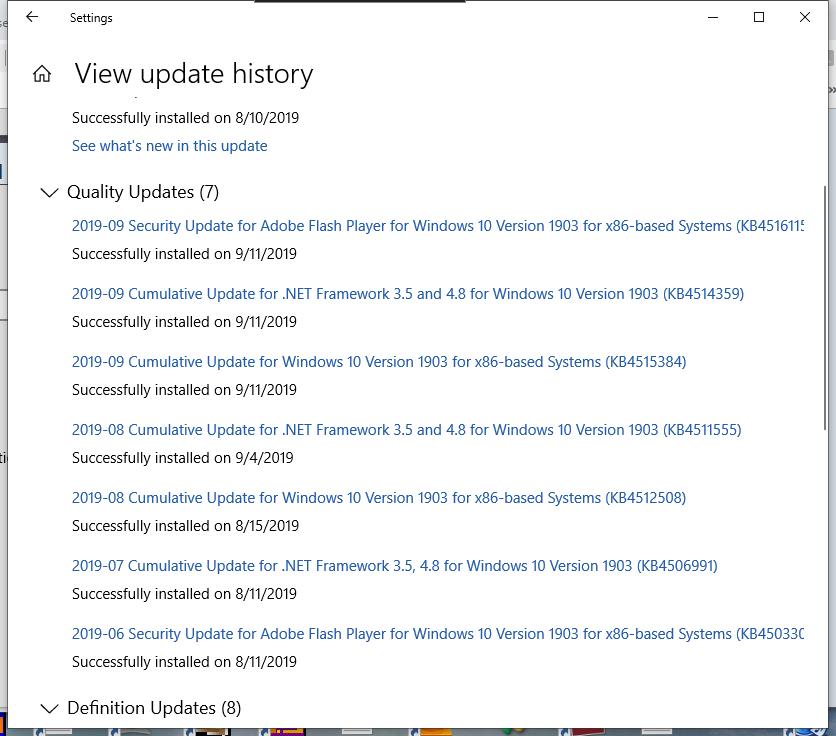 One day after Update, Start button fails to work, Snip App refuses to load...
Notification window says there is a problem with my account...click opens Settings
System says to enter account password and then everything seems OK except for taskbar 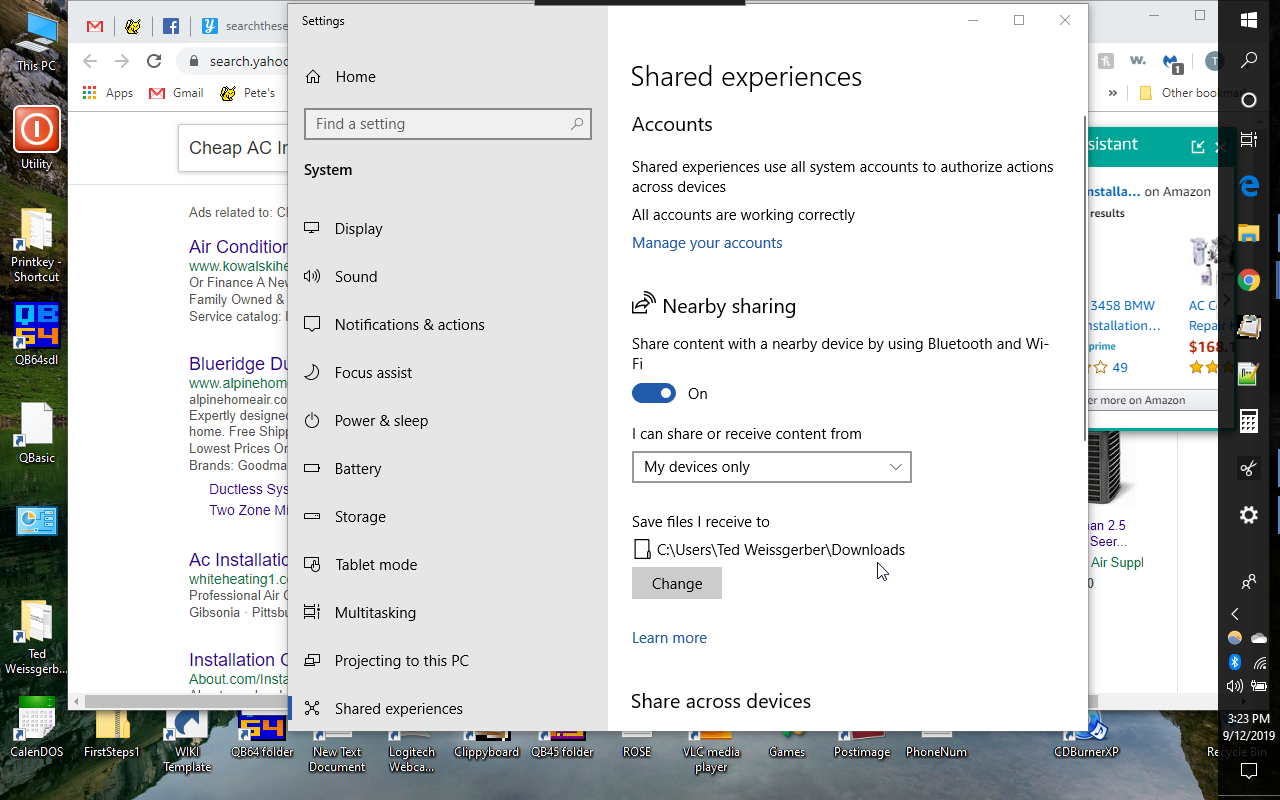 Another annoying problem is going to larger folders. Watching the green progress
bar CRAWL across the upper folder path while files are arranged BY NAME until it covers X...
ONLY then it arranges files by Date as I have previously set it

Unfortunately, this fix only works for that session and it will be disabled on the next reboot.

For those who wish to use the workaround, you can follow these steps:

A page will open showing all of the computer's network adapters. Find the adapter that is not working, right-click on it, and select Enable.

Microsoft has released a new update for Windows Defender that has broken both the Quick and Full antivirus scans. When users use these scan options, Windows Defender will only scan approximately 40 files.

BleepingComputer has been able to independently confirm that this is happening on our own computers that have version 4.18.1908.7 (KB4052623) installed.

by burger2227
Windows 10 is Getting a New Optional Update Experience

When Windows 10 20H1 is released in Spring 2020, Microsoft will be bringing back a dedicated optional updates screen that will list non-security updates such as drivers, feature updates, and monthly non-security quality updates.

If one of these types of updates is available for your PC, Windows will display a "View optional updates" link under the Check for updates button.

Microsoft's Windows 10 1903, a k a the May 2019 Update, is officially 'ready for broad deployment for all users via Windows Update.' That new status was achieved on September 26, as Microsoft noted on its Windows 10 Release Information status page.

The status change coincided with the September 26 release of the latest Windows 10 1903 Cumulative Update (KB4517211, Build 18362.387), which included a number of fixes for various issues in the product, including a fix for audio issues affecting certain games.

As Microsoft notes on its release information page, devices running Windows 10 1803 (the April 2018 Update) Home, Pro and Pro for Workstation editions will reach end of support on November 12, 2019.